For the first time in its 17 year history, the Youth America Grand Prix (YAGP) international ballet competition is holding events in Australia!
In October this year, the YAGP will be holding Semi-Finals and Workshops in Brisbane, Melbourne and Sydney as part of its overall competition which culminates with finals in New York in April 2017.
Youth America Grand Prix is the world’s largest international student dance competition, which awards $250,000 in scholarships each year to dance schools internationally. It is held each year, with final competitions taking place in New York City. It includes ballet and contemporary dance styles of performance and is open to dance students 9–19 years old.
YAGP is now taking registrations for its 2017 Competition Season. Please visit their website for full details about competing. 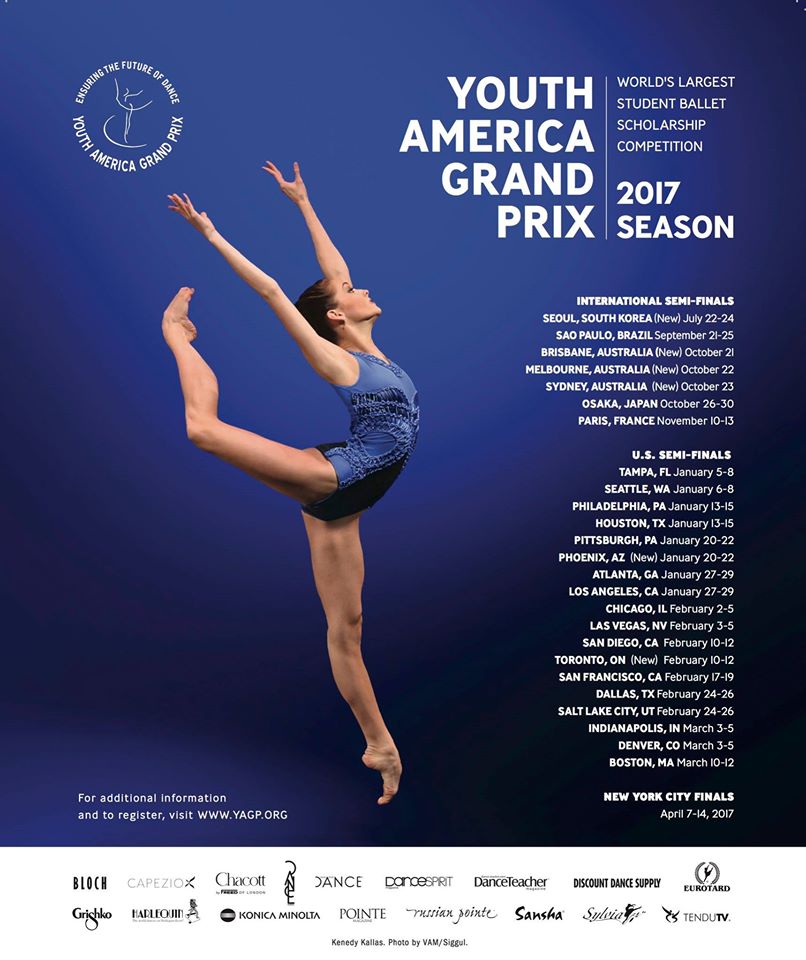