The Sparkling Diamond … Get to Know the Music of Moulin Rouge! 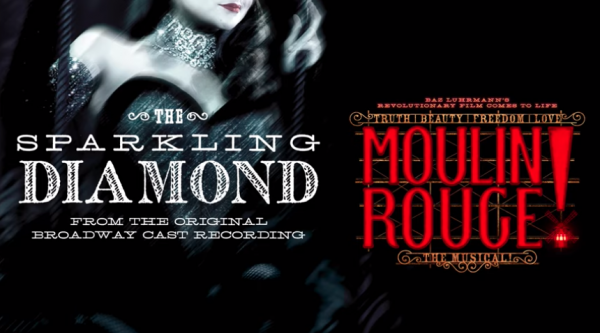 The full album will be released at all digital and streaming providers via Baz Luhrmann’s label, House of Iona, and RCA Records through Sony Music Entertainment Australia on August 30. Fans who pre-order the digital album NOW will receive an instant download of ‘The Sparkling Diamond’. A physical edition of the album will be made available at a later date.

Moulin Rouge! The Musical is now playing at Broadway’s Al Hirschfeld Theatre where it opened to rave reviews on July 25, 2019 , and will open in Melbourne at The Regent Theatre in 2021.

The Moulin Rouge! The Musical Original Broadway Cast Recording is produced by Grammy-nominated Baz Luhrmann, Justin Levine, Matt Stine and Alex Timbers. As in Baz Luhrmann’s film, Moulin Rouge! The Musical celebrates some of the greatest popular music of the last 50 years. The stage musical features many of the iconic songs from the movie and also includes recent hits released since the movie premiered 19 years ago.