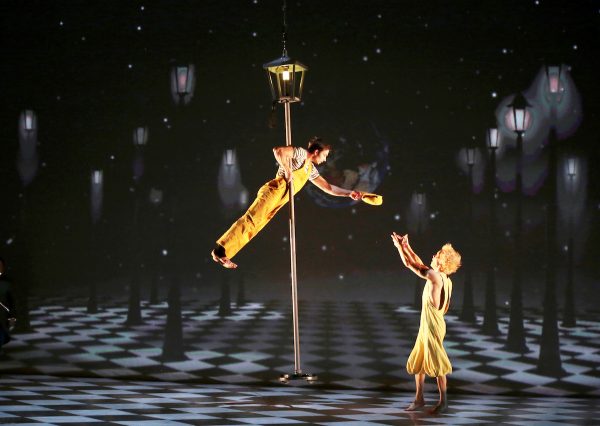 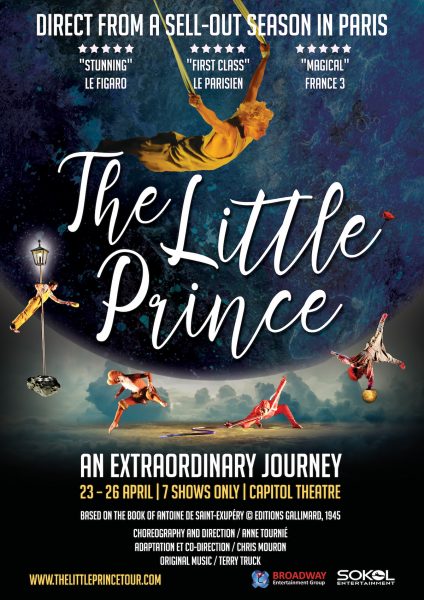 A contemporary adaptation of the classic French novella The Little Prince will take over Sydney’s Capitol Theatre for seven shows only from 23rd – 26th April 2020.

Audiences will be completely immersed in The Little Prince’s cosmic and fantastic world with stunning sets, costumes, video mapping technology and all of the characters you know and love. An international cast brings this all-time favourite story to life through beautiful dance and aerial acrobatics to create a dreamlike universe. Using ground-breaking video mapping technology, this poetic retelling of The Little Prince is both modern and creative.

An aviator descends from the sky to find himself in the middle of the desert where he meets the Little Prince who has flown from one planet to another in search of a sheep. An omnipresent narrator imparts the indispensable verbal truths integral to the story, accompanying the Little Prince on his journey as he meets many incredible characters who communicate gracefully through dance, gesture and movement.

More than 75 years after its release, Antoine de Saint-Exupéry’s The Little Prince remains one of the best-selling and most translated books ever published. It has been translated into over 300 languages and dialects, and has sold an estimated 140 million copies. 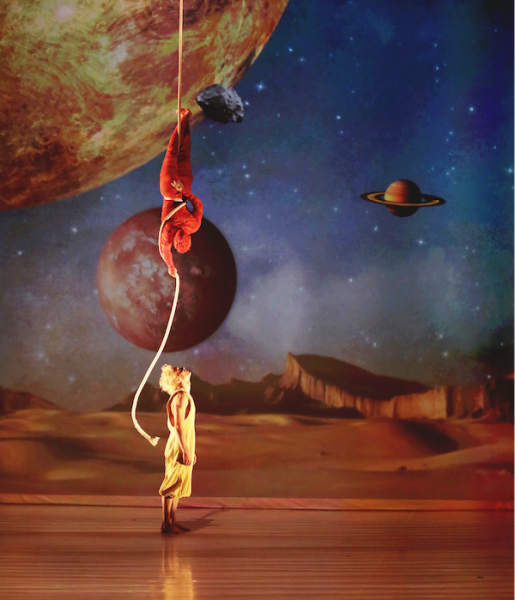 Director and Choreographer Anne Tournié said, “I see it as a melting pot from around the world and from different cultures but, in the end, we are all human with emotions, and the Little Prince is emotion.”