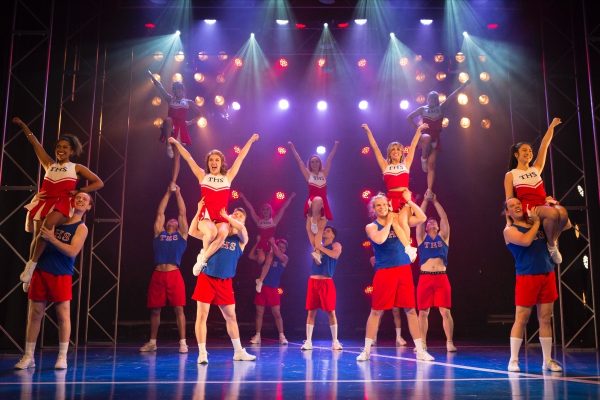 Cast Announced for New Production of Bring It On The Musical

After a nationwide search auditioning over 400 hopefuls the Australian cast for the Broadway smash BRING IT ON THE MUSICAL has been announced.

Following an extended premiere season in 2018 and three Green Room Award nominations, including Best Production of a Musical, the spectacular stage show inspired by the cult classic movie of the same name, returns for an explosive national tour with a cast of 28 triple-threat actor-singer-dancers and high-flying cheerleading champions.

Blasting onto stage in Melbourne in July, BRING IT ON THE MUSICAL will then tour to Perth and Sydney in August and September this year. 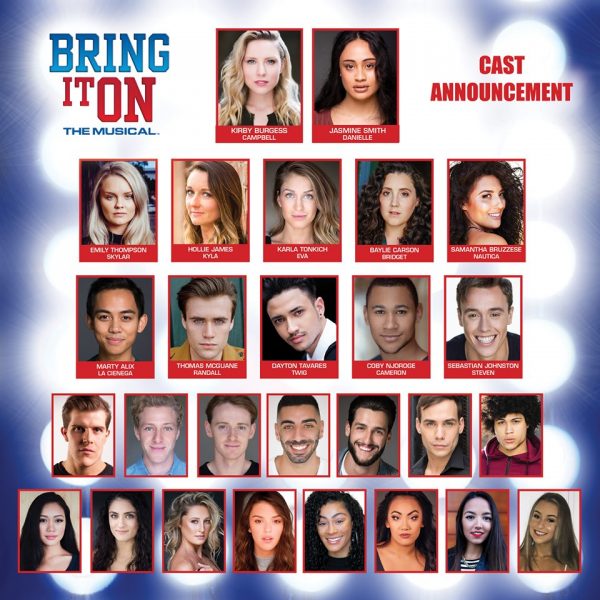 In the lead role of Campbell, squad captain and cheer-royalty at Truman High School, true triple threat performer Kirby Burgess has been cast. Kirby recently wowed audiences as the Ringmaster in Barnum opposite Todd McKenney, and most notably starred as the Australian ‘Baby’ in the 10-year anniversary global tour of Dirty Dancing – the Classic Story on Stage. Kirby has also appeared on screen opposite Leonardo DiCaprio in The Great Gatsby, in Ten’s Wonderland and Nine’s Here Come the Habibs!

Set to star alongside Kirby is newcomer Jasmine Smith, in the role of headstrong and hardworking Danielle, the dance crew leader at neighbouring Jackson High School. A final year musical theatre student at VCA, Jasmine’s past credits include The Production Company’s The King and I and Arts Centre Melbourne’s Morning Melodies.

“Our audition process has been truly extensive. It’s no mean feat to find a cast that can not only sing, dance and act, but also have the incredible acrobatic skills required to perform awe-inspiring flips, lifts and cheerleading stunts,” says producer David Venn.

“We are thrilled to have cast Kirby Burgess in the role of Campbell. She is perfectly suited to the role and brings a wealth of main stage experience with her. We are also lucky to have snapped up a dazzling new talent in Jasmine Smith for the role of Danielle. This is the first leading role for Jasmine, and it’s clear she has a big future ahead of her,” says director Alister Smith, a multi Green Room Award nominee (Pacific Overtures, Urinetown! The Musical, The Drowsy Chaperone).

Reprising their principal roles in the sell-out Australian premiere is Karla Tonkich as Eva, Thomas McGuane as Randall, Hollie James as Kylar, Emily Thompson as Skylar, Samantha Bruzzese as Nautica and Marty Alix in the hilarious role of La Cienega.

Choreographer Michael Ralph (Georgy Girl, Loving Repeating, The Boy from Oz 2018) returns fresh from his Green Room Award for Best Choreography for BRING IT ON THE MUSICAL’s Australian premiere.

Originally performed on Broadway and Nominated for a Tony Award for Best Musical, BRING IT ON THE MUSICAL features music and lyrics by Lin-Manual Miranda (In the Heights, Hamilton), an original story by Tony Award winner Jeff Whitty (Avenue Q), music by Pulitzer and Tony Award-winning composer Tom Kitt (Next to Normal) and lyrics by Broadway lyricist Amanda Green (High Fidelity).

BRING IT ON THE MUSICAL