Eddie Perfect Announced as Final Lead in 9 to 5 Musical

This week, it was announced that one of Australia’s leading television and musical theatre stars, Eddie Perfect, will play the egotistical boss Franklin Hart Jnr in Dolly Parton’s hit musical 9 TO 5, bringing to the role his perfect mix of comic timing and musical theatre credentials.

London’s West End smash-hit 9 TO 5 THE MUSICAL will have its Australian Premiere at the Sydney Lyric Theatre next month from 19 April followed by a season at Her Majesty’s Theatre, Melbourne from 25 July.

One of Australia’s most respected and prolific writers and performers, Eddie Perfect is perhaps best known as gardener turned musician and all-round nice guy Mick Holland on six seasons of Channel 10’s hit series Offspring. Also on the small screen, he’s been seen in Kath and Kim, Spicks And Specks and numerous comedy shows including ABC TV’s Stand Up, The Melbourne Comedy Festival Gala and Good News Week. On stage Eddie has performed in Keating! The Musical, Misanthropology, The Threepenny Opera and Shane Warne The Musical, which he wrote himself.

In 2019, Eddie wrote the music and lyrics for the Broadway premiere of Beetlejuice, for which he was nominated for Best Original Score at the 2019 Tony Awards.

“We’re thrilled that Eddie has accepted our challenge to return to Australia to play this wonderfully self-centred, chauvinist character after living in New York for a few years,” said the producers. “As well as being a fantastic comic and composer, Eddie is a much-loved musical theatre performer, and will be fantastic in 9 TO 5 alongside Caroline, Marina, Samantha, Erin and the wonderful ensemble.”

Eddie Perfect said, “I’m beyond excited to return to the Australian stage in Dolly Parton’s hilarious 9 TO 5 The Musical. Having spent the last two years in New York City, the chance to return home and share a stage with my theatrical heroes Caroline O’Connor and Marina Prior (not to mention the sensational Erin Clare and Samantha Dodemaide) was just too good to pass up. 9 TO 5 is a powerhouse comedy for four strong female leads that couldn’t come at a better time. The future is female, and I’m just thrilled to tag along for the ride.”

Starring Caroline O’Connor, Marina Prior, Samantha Dodemaide and Erin Clare, this run-away success on the West End features a book by the iconic movie’s original screenwriter Patricia Resnick and an Oscar, Grammy and Tony award-nominated score by the Queen of Country herself, Dolly Parton, including her much-loved hit song, 9 to 5!

Inspired by the hit film, this hilarious musical is about teaming up, standing up and taking care of business! It’s the most fun you’ll have this year at the theatre, and it opens next month!

9 TO 5 tells the story of Doralee, Violet and Judy, three workmates pushed to boiling point by their egotistical, chauvinist boss Franklin Hart Jnr. Concocting a plan to kidnap and turn the tables on their despicable supervisor, will the ladies manage to reform their office – or will events unravel when the CEO pays an unexpected visit? 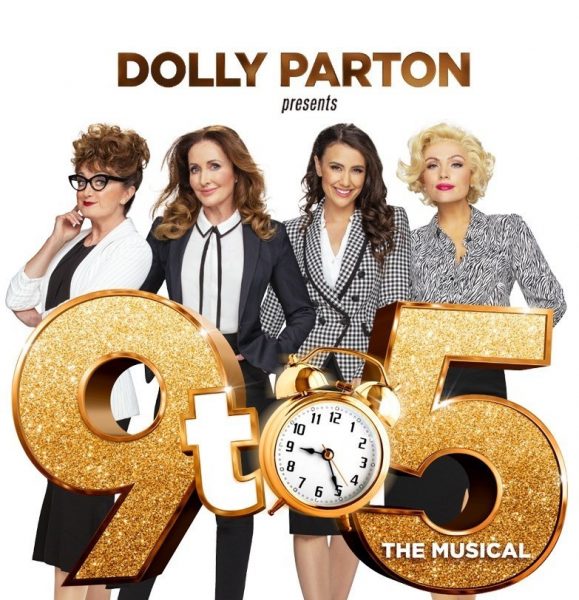