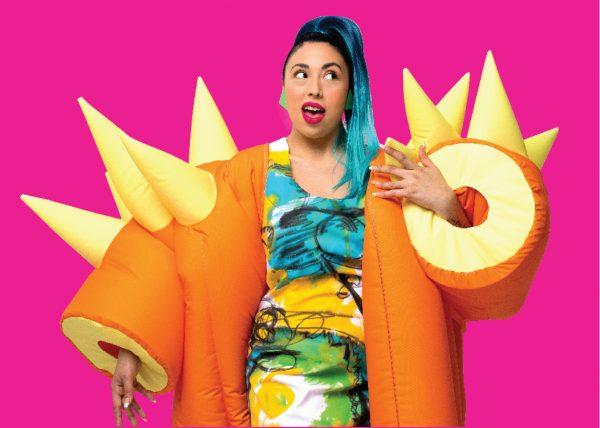 Sydney, Australia: Sydney Fringe Festival, the city’s largest independent arts festival, has today announced its full program of over 500 events across 50 venues and nine festival hubs from 16 August – 30 September 2022, making it Fringe’s largest and longest program to date. Tickets are now on sale for the full lineup of events, with highlights including LIMITLESS, a micro-festival celebrating performance and visual artists with disabilities, a series of free concerts featuring some of Sydney’s best musicians, Sydney Fringe Cabaret Club and The Barracks Comedy Club in the heart of the CBD, and an exciting hub dedicated to supporting emerging artists and innovative new works.

This year Sydney Fringe is proud to pioneer the inaugural LIMITLESS micro-festival. With a dedicated hub at 107 Redfern, LIMITLESS celebrates Deaf and disabled artists across a two-week program of inclusive, diverse and show-stopping performances and exhibitions. Highlights include 300 Paintings in Lockdown, comedian Sam Kissajukian’s take on art, the artistic process and mental health; and Crips and Creeps Comedy, an inclusive comedy night celebrating comedians who are marginalised due to sexuality, race, gender or disability. Renowned artist Digby Webster will also be exhibiting a selection of works in the gallery.

A full venue takeover of the historic ballroom and breakfast room at the Castlereagh Hotel, Sydney Fringe Cabaret Club features a month-long program of fabulous cabaret shows, while Fringe Comedy will present over 135 shows at the Factory Theatre. Another buzzing new festival hub in the heart of the city is The Barracks Comedy Club, a showcase of the best emerging and established comedians. With over 15 performances a week throughout September, highlights include AJ Lamarque’s English Breakfast, a sentimental comedy show following AJ’s journey as a mixed raced, queer person; and Tu Nri Banega, a Hindi comedy show about the everyday struggles of immigrants from India.

In its commitment to holding space for First Nations voices in the arts, Sydney Fringe presents Indie Yarns, a First Nations Q&A with members of The Sydney Fringe First Nations Advisory Panel at the Redfern Community Centre on 3 September. Other First Nations program highlights include an evening with celebrated Central Australian singer-songwriter Paul Ah Chee as he takes audiences on a musical journey through his debut solo EP Nowhere to Hide; and Dane Simpson’s award-winning stand-up comedy show Didgeridoozy, full of funny stories and big laughs.

Since 2014 Sydney Fringe has transformed the Erskineville Town Hall into a hub for new works, new artists and new ideas. In partnership with NIDA, the Emerging Artist Sharehouse returns with more artists, performances and breakthrough acts than ever before. Highlights include Cherry, a comedy cabaret show celebrating the power of music through one woman’s thank you card to her idol Katy Perry; The Tale of the Great Emu War, a stranger-than-fiction play exploring Australia’s greatest military defeat against emus; and interactive theatre experience Gameshow, where everyone’s favourite TV game shows come to life on stage.

For the festival’s brand new Youth Hub, Fringe has secured access to two of Sydney’s best-kept secrets, St George’s Hall and the Studio Theatre at the Newtown High School of the Performing Arts. Over six days the venues will become home to content and performances tailored for under 18s including BlackLux: Perspectives in Timelapse, a dance work by choreographer Lucky Lartey using black and white contrast to explore objects in space; and Egg, a hilarious and topical solo work by award-winning performer Erin Fowler that explores fertility and motherhood through an eclectic mix of dance, theatre, music and clowning.

The team at Marrickville Metro have partnered with Fringe for Smidmore Sessions, with three days of live entertainment and food from 9 – 11 September at the al fresco dining precinct Smidmore Street. The program includes live comedy, outdoor family cinema, and a showcase of the best of the Inner West musical talent curated by Young Henrys for their live music series Best Served Loud. Taking over Hurstville Plaza on 9 September, Fringeville is one huge night of roving entertainment, live music, a comedy bus and more, plus Hurstville Entertainment Centre’s Civic Theatre will host ticketed shows all weekend from 10 – 11 September. Parramatta’s Riverside Theatres and Sydney Fringe have also teamed up for a short, sharp season from 15 – 24 September of exciting theatre, dance, cabaret and comedy performances.

The above highlights join a packed program which includes the already announced Runaway Gardens and Spiegeltent returning for its largest activation from 16 August – 25th September, featuring headline act Bernie Dieter’s Club Kabarett as well as an exciting program of big names in comedy and live music. Dynamic productions YUMMY and Titanic: The Movie, The Play lead Fringe’s incredible line-up of performances and shows, alongside the Touring Hub and Made in Sydney at The Seymour Centre which will present incredible programs of award-winning and locally made work by leading independent theatre-makers and artists.

CEO and Festival Director Kerri Glasscock said: “This year’s program is an incredible testament to the resilience and passion of the independent arts sector in Sydney. Despite the immense difficulty of the past two years they are uniting to bring you the work that has been bubbling away under the surface during lockdowns. With 500 shows, nine festival hubs and work from every genre there has never been a better time to get out and explore Sydney Fringe. This is our city’s festival, and a celebration of Sydney stories, so get ready because Fringe is back and we need you.”

Tickets are now on sale for these Sydney Fringe Festival events at https://sydfringe.com/Fullannounce 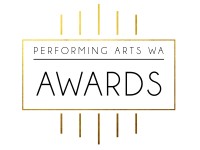