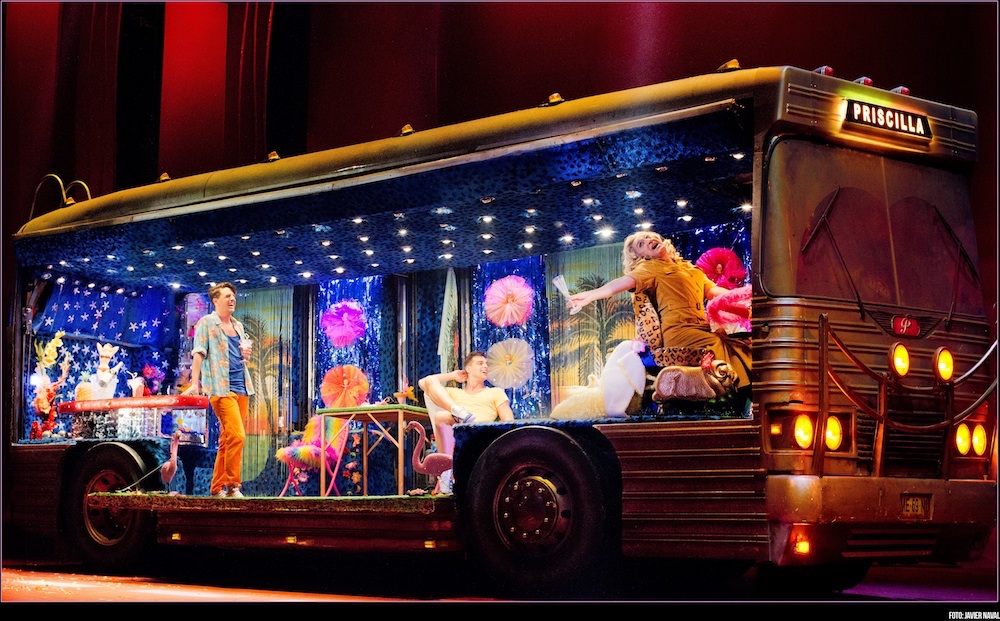 Bernadette, Tick and Felicia are Back in Australia’s Most Successful Musical!

Director Simon Phillips said; “We’ve assembled a cracking cast for Priscilla’s homecoming, led by a doyen of the musical stage, Tony Sheldon. We’re blessed to have some of our original cast back on the bus for the 10th anniversary tour, along with many fabulous new faces. I can’t wait to put the stiletto to the metal and get rehearsals started.”
Owing to popular demand, new seats for the Melbourne season will be released tomorrow, Thursday 23 November. Sydneysiders can also book a seat on the bus from Monday 27 November, when tickets for the musical’s Capitol Theatre season go on sale.  Sydney performances begin on May 13.
Based on the Oscar-winning Australian film, Priscilla Queen of the Desert is the hilarious story of three friends who hop aboard a battered old bus bound for Alice Springs to put on the show of a lifetime. The 1994 film starring Terence Stamp, Hugo Weaving and Guy Pearce remains one of Australia’s most successful films and soundtracks of all-time with a swag of awards in the trophy cabinet, including an Oscar for Best Costume Design.

Featuring a dazzling array of more than 500 costumes, 200 headdresses and a non-stop hit parade of dance-floor classics including IT’S RAINING MEN, I WILL SURVIVE, I LOVE THE NIGHTLIFE and FINALLY, the fabulously camp production has more glitter than ever.
The quintessentially Aussie story about mateship, self-discovery and acceptance was translated from screen to stage by Stephan Elliott and Allan Scott, with the film’s acclaimed costume designers Tim Chappel and Lizzy Gardiner onboard, alongside stage designer Brian Thomson and co-choreographers Ross Coleman and Andrew Hallsworth.
The iconic hit musical returns to Melbourne’s Regent Theatre after a rollicking ten-year around-the-world extravaganza including award-winning stints on Broadway and in the West End as well as  The Netherlands, Hong Kong, New Zealand, Canada, Brazil, Italy, Ireland, Sweden, Israel, Argentina, Korea, Philippines, Singapore, South Africa, France, Japan, Spain, Greece, North America, the United Kingdom and on the high seas with Norwegian Cruise Lines. Future international productions will include seasons in Copenhagen, Munich, Mexico City, and return tours to Japan, Korea, Italy, France and the United Kingdom for the third time.

PRISCILLA QUEEN OF THE DESERT