All Australian Cast of Cruel Intentions: The ’90s Musical 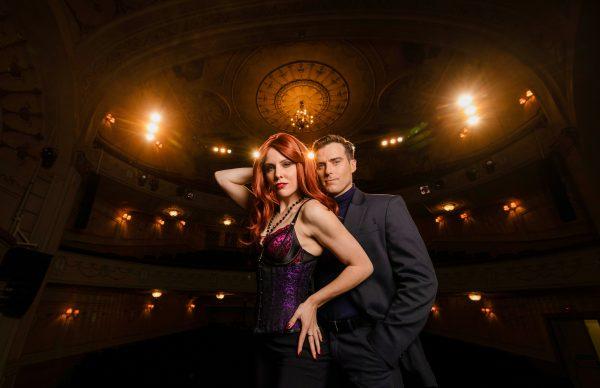 Touring Nationally from 25 May

David Venn Enterprises (The Wedding Singer, Bring It On: The Musical) is thrilled to announce an outstanding all Australian line up of triple-threat talent for the national tour of Cruel Intentions: The ‘90s Musical which kicks off from 25 May. Tickets are selling fast for Melbourne, Sydney, Brisbane and Adelaide via www.cruelintentions.com.au.

Featuring a smash hit ‘90s soundtrack, this story of romance and seduction is based on the acclaimed cult 1999 film which was re-released to cinemas in 2019 and currently has a new TV series in development. It’s the ultimate ‘90s throwback experience. Are you ready to make your wager?

Laced with back-to-back songs including Bittersweet Symphony (The Verve), Every You and Every Me (Placebo), Bye Bye Bye (*NSYNC), Sometimes (Britney Spears), Just A Girl (No Doubt), Foolish Games (Jewel), Genie In A Bottle (Christina Aguilera), Candy (Mandy Moore), Breakfast At Tiffany’s (Deep Blue Something), Kiss Me (Sixpence None the Richer), Iris (The Goo Goo Dolls), I’ll Make Love To You (Boyz II Men), and more.

Cruel Intentions: The ‘90s Musical has all the indulgence and escapism you’ve been craving, complete with hilariously fun scenes and exhilarating performances that will have you singing and dancing in the aisles.

Musical theatre superstar Kirby Burgess will bring her signature enchantment to the stage as the scheming seductress Kathryn, the role made famous by Sarah Michelle Gellar. The true definition of a triple threat, Kirby’s career highlights span stage and screen, having previously starred as Baby in the 10th Anniversary Tour of Dirty Dancing and most recently as the jaw-dropping villainous temptress Linda in The Wedding Singer and an acclaimed performance as Campbell in Bring It On: The Musical.

Kirby is thrilled to be taking on the role of the intoxicatingly complex Kathryn. “Cruel Intentions is the perfect send up of the ‘90s, and shows us just how far we’ve come since. Kathryn is basically the villain, and while she does some very bad things, she’s demonised for being sexually liberated. I love that she takes a stand about this, with such great lines,” says Kirby.

Hallmark heartthrob Drew Weston will be very much the brooding ab-fest as Ryan Phillippe’s character Sebastian. Drew is no stranger to the stage, having starred as Danny Zuko in Grease, in MTC’s Hay Fever, Dream Lover and Mary Poppins.

Helpmann Award-nominated performer Francine Cain has a slew of mainstage principal role credits including ‘Regina’ in the Tony Award Winner Rock of Ages, and ‘Frenchy’ in the national tour of Grease. Francine will play the naive Cecile, made famous by Selma Blair who becomes entangled in Sebastian and Kathryn’s plot of revenge, and participates in ‘that’ iconic kiss with Kathryn.

Musical theatre favourite Euan Fistrovic Doidge has been cast in the role of Blaine, following his Helpmann Award nominated role as Felicia in Priscilla Queen of the Desert and the coveted lead as Tony Manero in Saturday Night Fever. He played Marius in Les Misérables and Paul San Marco in the Australian revival of A Chorus Line, which saw him become the youngest ever Nominee for a Helpmann Award for Best Actor in a Supporting Role in a Musical.

The accomplished Joseph Spanti will take on the role of Greg, and audiences might remember him best with his shirt off, in Netflix’s smash hit tween series Dive Club. Joseph also recently toured as Joey in Friends! The Musical Parody.

Talented up comer and recent graduate Rishab Kern will make his professional stage debut as Ronald.

Leading the creative team is multi-Green Room Award nominated Alister Smith, who achieved widespread critical acclaim for the national tour of The Wedding Singer, and sellout seasons of Bring It On: The Musical. The talented Daniel Puckey (Muriel’s Wedding The Musical, The Book of Mormon) takes on the role as Musical Director, with dynamic choreographer Freya List (Chess, Next To Normal, RENT) bringing fresh ‘90s energy to the 21 iconic songs which range from powerhouse ballads to rock anthems.

Tickets are on sale now for the Melbourne season, opening at The Athenaeum Theatre from 25 May, and Sydney’s State Theatre from 30 June.

The roof of Brisbane’s Fortitude Music Hall is set to rock from 27 July, and the party will hit Adelaide’s Her Majesty’s Theatre from 8 September.