The four finalists for the 2016 Keir Choreographic Award (KCA), Australia’s first major choreographic award, have been announced at Melbourne’s Dancehouse. KCA celebrates the vibrancy of Australian choreography and expands the debate around contemporary choreographic practice.
Following premiere performances over five days (April 26-30), four finalists were selected by the 2016 Jury from a line-up of eight outstanding commissioned artists. Their works will be presented by Sydney’s Carriageworks from 5-7 May 2016, as the finalists compete for the accolade of the prestigious award including a $30,000 first-place cash prize and a $10,000 audience choice prize, announced on the final evening.


Launched in 2014 and now in its second edition, KCA is a national biennial award dedicated to commissioning original Australian choreographic short works and promoting innovative, experimental and cross-art form practices across Australia and internationally.
The remarkable 2016 KCA Jury comprises Brussels-based performance theorist and performance-maker Bojana Cvejić, Documenta 14 curator and independent art critic Pierre Bal-Blanc, US-based choreographer Sarah Michelson, winner of the 2014 inaugural KCA Award, Atlanta Eke and Keir Foundation founder Phillip Keir.
Phillip Keir, founder of the Keir Foundation commented, “It is a fantastic to see 8 new innovative works take to the stage. The inventiveness of all the works stands without question and points to the health of contemporary dance in Australia. This created a very difficult task for the jury in deciding the 4 works that would progress to the next round at Carriageworks in Sydney.”
2016 KEIR CHOREOGRAPHIC AWARD FINALISTS

SARAH AIKEN is a Melbourne-based performer, choreographer and teacher originally from Bellingen, NSW. Aiken pursues an ongoing interest in how and what we value, utilising dichotomies and clashes, aiming to create poignancy through absurdity. Through solo and collaborative practice, Aitken’s work investigates the roles of audience, performer, subject and object. Her work explores relationships with space, size and scale; extending or contracting physical size, personal expression or influence.

GHENOA GELA is an independent Sydney performing artist and a proud Torres Strait Islander woman from Rockhampton. She has worked across several mediums such as dance, circus, television and stage. With her work, Malungoka, Gela wishes to give audience members the opportunity to play on space, seek presence and question aesthetics through cross-cultural fusion, combining traditional Torres Strait Islander dance technique with contemporary dance and non-Torres Strait Islander performers, who wear Go Pros throughout the performance.Their videos can be downloaded directly to a Livestreaming app so audience members can see exactly what the performers see (individually) while also watching them on stage.

MARTIN HANSEN is a 2014 graduate of the Hochschulübergreifendes Zentrum Tanz Berlin. In collaboration with Ania Nowak he was artist in residence at Dancehouse Melbourne 2014 and premiered A Queer Kind of Evidence at Tanztage 2015. Hansen presented Monumental at Tanznacht 2014, PACT Zollverein, Semper Oper Dresden and BallhausOst. With Kareth Schaffer, Martin developed and performed in Other Dreams, an artistic tour of Gropiustadt, B- Tours Berlin 2015. Working with dancers from radically different age groups, Hansen’s new work interrogates the construction of time: theatre time, biological time and linear time. “The ‘Accelerationist Manifesto’ critiques capitalism by suggesting we speed it up toward its inevitable demise. I ask myself ‘what kind of bodies does capitalism produce?’ and ‘How can this relate to the theatre spectacle?’” 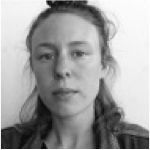 The Keir Choreographic Awards 2016 will be presented at Carriageworks, Everleigh, Sydney on May 7th. www.carriageworks.com.au