The timetable for the weekend is as follows:

The ASC features eight of Brasil’s leading artists and instructors presenting Brazilian dance workshops, cultural education and the most inspirational performances outside of Brasil across two jam-packed days in Sydney, Australia!
Renowned artists coming to Sydney for the event include: 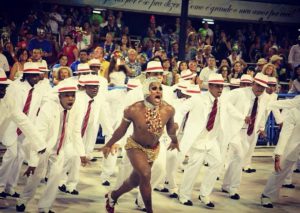 Get Your Tickets Here: www.outix.co/tickets/event/the-australia-samba-congress