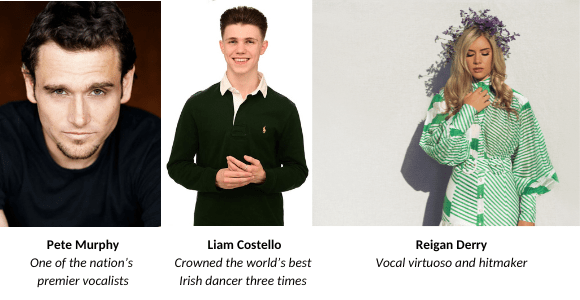 Mellen Events is thrilled to announce the extraordinary cast that features the absolute cream of Irish dancers in Australia for the rebirth of Irish dance: an Irish-based rock and theatrical experience. Eireborne boasts one of the most impressive Irish dancing casts ever assembled in Australia with 15 of the best along with a dazzling live six-piece band making this show one not to be missed.  No mime – it’s all completely live which gives this extravagant spectacle a distinct point of difference from other international touring dance shows.

Back by popular demand, the hit Australian production returns to home soil after a successful tour of Europe in 2019 followed by navigating COVID restrictions, but now Eireborne is ready to thrill audiences again with a four-week national tour kicking off in late July in Melbourne. Tickets for Eireborne are selling fast across the country and are available here.

A celebration of all things Irish, this riveting rock production is an unparalleled theatrical experience, showcasing an astonishing ensemble cast of Irish dancers rockin’ out to a soundtrack of the   biggest hits from Irish sensations including U2, Snow Patrol, Van Morrison, Hozier, The Script, The Cranberries, and more.

At just 19 years of age, Liam Costello is the youngest and only Australian to win the Irish Dance World Championships three times consecutively.

“Winning the World Championships for the third time was truly amazing,” said Liam.

“It was just the best way to come out of COVID making the world feel normal again. I am beyond excited to join the cast of Eireborne on their Australian Tour: I’m ready to put on an amazing show and make great memories.”

Vocal virtuoso and hitmaker Reigan Derry notched up four  #1 songs in 2021, performed at festivals in LA and New York, and her current single featuring on Bombs Away, the cover of Kate Bush’s Running Up That Hill, stormed in with 150k streams in its first five days of release.

“I’m thrilled to be joining the Eireborne tour,” said Reigan.

“After two years of COVID interruptions, I can’t wait to hit the stage again.  Having Irish heritage myself, the culture is close to my heart – I proudly carry the Derry surname. I am really looking forward to the shows!”

Widely regarded as one of the nation’s premier vocalists, Pete Murphy has been performing in major shows and live concerts throughout Australia and the world for the past 20 years in productions such as Les Miserables, Rent and Shout! in Australia and as Galileo in London’s West End production of We Will Rock You.

“I grew up with Irish sing-alongs under our neighbour’s house and my Dad still plays folk music at the pub each week,” said Pete.

“So, this is really something I’ve been training for my whole life. I’m so excited to be joining the cast of Eireborne and getting to showcase some awesome modern Irish rock music along with all the fun, beauty and brilliance of the incredible dancers!” 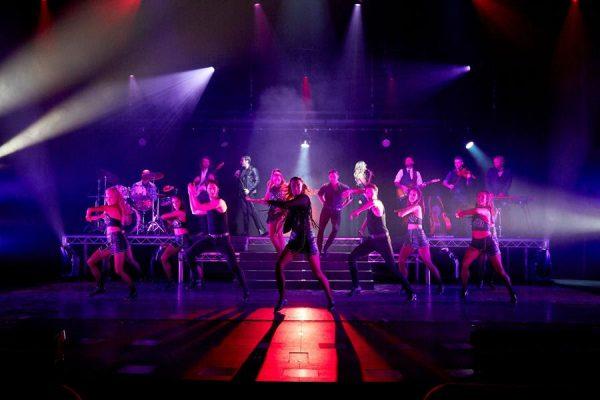 Revered dancer, choreographer and co-producer of the production, Peta Anderson co-created the concept for Eireborne and is also the lead female Irish dancer in this production.

One of Australia’s leading tap dancers, Peta is driven by a desire to inspire the next generation after Riverdance by showcasing Irish dance in a fresh and innovative fashion.

“Eireborne allowed me to push the boundaries as the choreographer and revolutionise Irish dance which shows just how versatile and mesmerising Irish dance can be.”