The Sydney Opera House have announced a new season of UnWrapped, a bi-annual celebration of diverse, boundary-pushing works from some of Australia’s most admired independent contemporary performance-makers, selected from critically acclaimed debut seasons. Each one is handpicked to give you the chance to witness captivating visions and true artistry, stripped back to its most breathtaking core.

Originally launched in 2018 as part of the Sydney Opera House’s Artist and Sector Development initiative, the first UnWrapped season for 2020 features a series of exhilarating and daring performances from 11 February – 29 March 2020 with tickets from only $39.

Headlining is the radical re-imagining of one of Australia’s greatest horror tales Wake in Fright by Declan Greene and Zahra Newman (11-15 February), and the dance feature piece is by the always ingenious Jo Lloyd with Overture.  This new season of UnWrapped includes:

■  Me and My Mother, Singing (21 – 22 March), following an acclaimed debut season at Griffin Theatre Company’s 2019 Batch Festival. Written and performed by Yugoslavian-Australian artist Oleg Pupovac, the show explores identity, otherness and one man’s eternal search for the perfect painting of snow. Drawing inspiration from his own life and the countries he grew up in, Oleg uses storytelling, poetry and multimedia to tell this moving story in English, Serbo-Croatian and Arabic.

■  Jo Lloyd’s Overture (25 – 29 March), a one-act dance work about the unrequited, the unattainable and our attempts to connect with lost heroes we will never know. Winner of three Green Room Awards in 2018 (Best Dance Production, Ensemble Performance, Outstanding Choreography), the ensemble of four dancers’ playful performance is at once dynamic and irreverent. 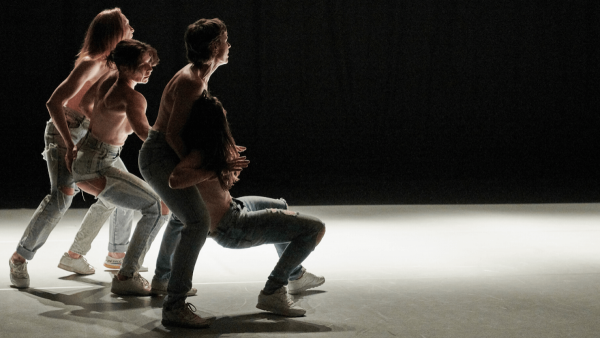 Sydney Opera House Head of Programming, Fiona Winning said: “These UnWrapped performances each use sophisticated storytelling to consider the visible and the absent, what’s inside the frame, and what’s beyond it. The compelling performers draw you in deeply, delving into the complicated, emotional and ever-changing relationship between how lives are lived and how creativity captures this flux.

From the sonic portrait of Margaret Leng Tan in Chamber Made’s Dragon Ladies Don’t Weep, to Oleg Pupovac’s poetic and fragmentary journey through the experience of migration, and the invigorating and explosive dance of Jo Lloyd’s Overture, each of these finely-crafted works call us to consider the meaning of things left unsaid, unexplored and unremembered.”