The Genée is Coming & Streaming Live! 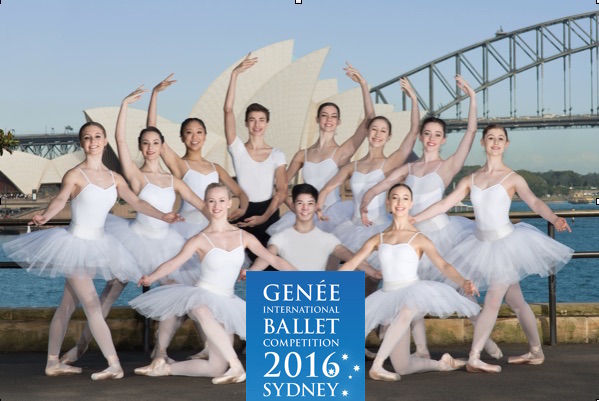 AND … Live Stream the Event

A record number of 97 dancers from more than 14 countries are set to compete in The Royal Academy of Dance’s (RAD) prestigious Genée International Ballet Competition this December in Sydney.
The final on 11 December will be judged by David McAllister, Artistic Director of The Australian Ballet, Kevin O’Hare, Director of The Royal Ballet, and Francesco Ventrigilia, Artistic Director of the Royal New Zealand Ballet.
Australian dancer Steven McRae, former Genée winner in 2002 and current principal with The Royal Ballet, has been named the official Ambassador of this year’s competition. “As a springboard into launching my professional dancing career, the Genée experience and its world-class teaching gave me an extraordinary opportunity to develop as a dancer,” said McRae on his appointment.


It is fitting that Steven is this year’s ambassador, as he won the Gold Medal in 2002 when the competition was also held in Sydney – the first time it had been done so outside of the UK. Returning to Australia in 2016, the Genée International Ballet Competition is now in its 85th year.
WATCH: Steven McRae talks about his experience in The Genee.
After a series of heats and finals around the country, the Genée is now preparing for the semi-finals and grand final in December.
Key Dates:

Live Stream The Genée – Book Your Online Seat Here
Now, you can be part of this world class ballet competition wherever you are! The Final of the Genée will be available to watch live from the Sydney Opera House from 6:30pm AEST. Tune in from wherever you are in the world to experience the passion, pride and prestige of the Genée – check the time the stream will be shown in your country.
For just AUD $30, you will have online access to watch the final as well as additional content only available for the online audience – including exclusive interviews and a glimpse backstage during the intervals. You can also cast your vote via the online poll for your favourite dancer to win the Margot Fonteyn Audience Choice Award, and download a copy of the Genée Souvenir Program.
The Final will remain online for a limited time so that, whatever time zone you live in, you can watch it at a time to suit you and replay your favourite moments. More info on live streaming here.

With gold-level sponsorship from Bloch Australia and Mondor, and as one of the most prestigious dance competitions in the world, the Genée provides pre-professional dancers the opportunity to receive world-class coaching with renowned choreographers and teachers.The Genée is named after the RAD’s first president, Dame Adeline Genée, and is renowned for launching the professional careers of young ballet dancers. Past medalists have gone on to join celebrated companies around the world including: The Australian Ballet, The Mariinsky Ballet, American Ballet Theatre, The National Ballet of Canada, English National Ballet and The Royal Ballet.
This year’s Commissioned Choreographer, appearing at the Genée thanks to sponsor Energetiks, Tim Harbour, Resident Choreographer of The Australian Ballet, has created choreography specifically for the Genée which will be revealed for the first time in the competition final. Candidates also get to showcase their own choreography as part of the competition with the chance to win a Choreographic Award, sponsored by Mondor..
The competition boasts an esteemed faculty including Lynn Wallis OBE, Artistic Director of the Royal Academy of Dance, New Zealand-born Adrian Burnett, Leading Soloist with The Australian Ballet and international guest teacher, and Fiona Tonkin, Artistic Associate & Principal Coach of The Australian Ballet.
Held alongside the Genée International Ballet Competition, the RAD also hosts the Genée Dance Challenge, which is open to all dancers studying with an RAD registered teacher and residing in the host country. This year’s Dance Challenge is sponsored exclusively by Bloch Australia and is an exciting platform for young Australian dancers to take what they have learned through RAD exams and their regular dance classes and showcase it in a theatrical setting in a mini Genée experience. The state winners of the Dance Challenge will compete in the final held in Sydney on 10 December and will also have the exciting opportunity to watch the Genée Final at Sydney Opera House on 11 December.
About Steven McRae

Australian dancer Steven McRae is a Principal of The Royal Ballet. He joined The Royal Ballet School on a Prix de Lausanne scholarship in 2003. He graduated into The Royal Ballet in 2004 and was promoted to First Artist in 2005, Soloist in 2006, First Soloist in 2008 and Principal in 2009.
McRae was born in Sydney and trained with Hilary Kaplan and at The Royal Ballet School. He won the 2002 Adeline Genée Gold Medal and the 2003 Prix de Lausanne. His roles with The Royal Ballet include all the classical repertory and leading roles in works by choreographers including Frederick Ashton, David Bintley, Kenneth MacMillan, Alastair Marriott, Wayne McGregor, Liam Scarlett and Christopher Wheeldon. His role creations include Magician/Mad Hatter (Alice’s Adventures in Wonderland), Jack (Sweet Violets), Sandman (Hansel and Gretel), Florizel (The Winter’s Tale), Emble (The Age of Anxiety), Creature (Frankenstein) and roles in Three Songs – Two Voices, Children of Adam, Chroma, Acis and Galatea (Royal Opera), 24 Preludes, The Human Seasons, Tetractys, Connectomeand Woolf Works.
McRae has performed as a guest artist with companies including American Ballet Theatre, The National Ballet of Canada, The Australian Ballet, Tokyo Ballet and at numerous international galas. His awards include the 2006 Emerging Male Artist (Classical) and the 2011 Best Male Dancer awards at the Critics’ Circle National Dance Awards. In 2014 he was named Young Australian Achiever in the UK by the Australia Day Foundation.