The Boy From Oz Virtual Reunion 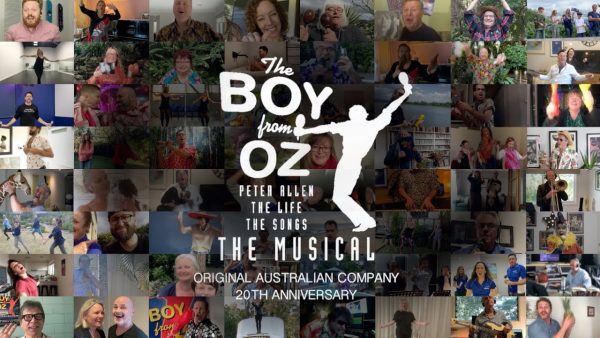 Original Company of The Boy From Oz Reunites Online for Charity

I Go To Rio Virtual Reunion 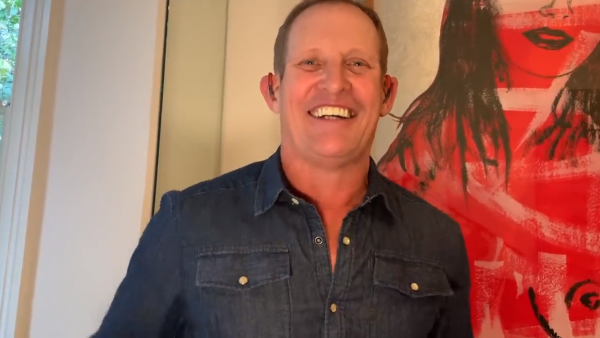 Now, the original company have reunited ‘virtually’ dancing and singing to I Go To Rio. The purpose is to celebrate the Australian arts community through an empowering trip down memory lane with 103 members of the original cast, crew and creatives, including a young Todd McKenney.  A reminder that life in the arts is a long, wonderful, sometimes heartbreaking journey.  In the words of Nick Enright, who wrote the book, “…you will have a wonderful life.  There’ll be good bits and bad bits, but you will make the most of every moment.  You will tell your life like a story and it’ll be a real adventure…”  Right now, the industry is currently navigating a nearly complete shutdown, a chapter akin to a ‘bad bit’.

The fun video has been created to draw attention to the Actors Benevolent Fund of NSW and encourage donations to this organisation that is assisting struggling arts workers at this challenging time due to COVID19.

The video now available to watch on YouTube: https://youtu.be/yhvg9sEdSTI 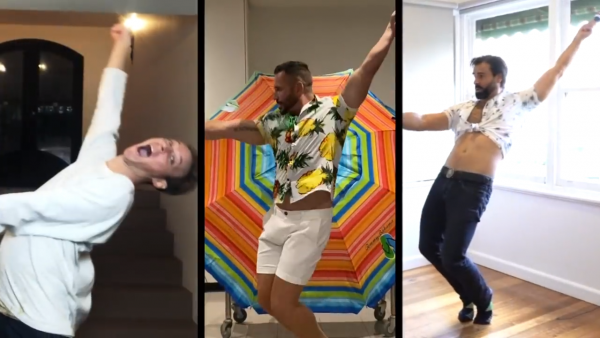 Fundamentally, The Boy from Oz, was conceived as a valentine to Peter Allen – one of the greatest entertainers that Australia has produced.  His death in 1992 at the age of 48 prompted an outpouring of grief throughout the world, such was his irrepressible wit and electrifying presence as a singer, dancer and songwriter.

The catchy, flamboyant song I Go To Rio encapsulated Allen’s sheer exuberance and sense of fun yet his illustrious songbook is full of biographical gems, notably Tenterfield Saddler, I Honestly Love You, Quiet Please There’s a Lady on Stage and Don’t Cry Out Loud.  Plus, the Australian anthem I Still Call Australia Home.

The moment The Boy From Oz arrived on stage with the sensational Todd McKenney in his career-defining role as Peter Allen, it struck an immediate chord with Australian audiences, for here was a wish-fulfillment story of underlying tragedy and struggle, but one that brought the entertainer’s survival instincts, indomitable spirit and charisma to the fore.

The musical was a huge hit.  Audiences adored the stage celebration just as Allen had loved those closest to him and his devoted fans.

Globally the industry is navigating unprecedented times.  Just like Peter Allen, The Boy From Oz always had a great sense of generosity, empathy, humanity and humour.  And much hard work.  So pull together, celebrate the industry, encourage support for the arts, and donate to the Actors Benevolent Fund of NSW.

New York based, Australian Performer and Editor, Ben McHugh, and Sydney based Music Producer, Sean Peter, are acknowledged for their huge contribution in creating this virtual reunion video.