Sydney Dance Company is proud to be participating in the Sydney Gay and Lesbian Mardi Gras parade for the first time on Saturday 2nd March.

Ramon will lead the synchronized marching troupe from the back of a golden Sydney Dance Company Studio float, complete with ballet bar, mirrors and performing drag divas. Participants will wear gold costumes designed by Aleisa Jelbart that reference our golden 50th anniversary and will be an explosion of gold glitter pom poms and retro-styled dancewear as the troupe perform down Oxford Street to the disco beats of DJ Sveta.

Sydney Dance Company’s entry signifies 50 years as a diverse organisation; employing a significant number of LGBTQI artists and staff and welcoming the LGBTQI community to participate and fearlessly express themselves by celebrating dance. 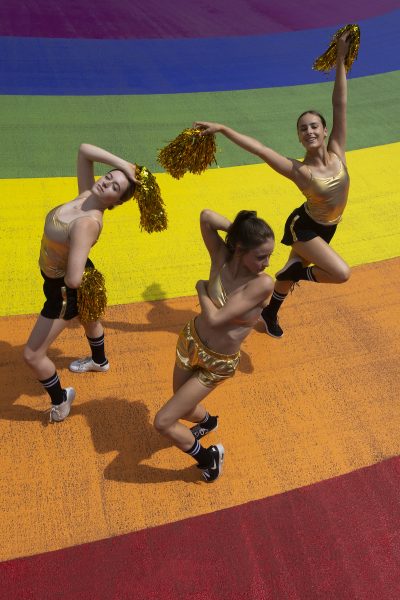 Ramon and his partner Don are celebrating their 40th anniversary together this year and it is 34 years since they first marched together in the Gay and Lesbian MardiGras with the Gay Immigration Task Force to raise awareness of their cause.

Ramon epitomizes the acceptance and fearlessness that Sydney Dance Company has always embodied as it welcomes everyone to participate and celebrate diversity through dance.

As Ramon says … ‘Face your fears and dance them away!”