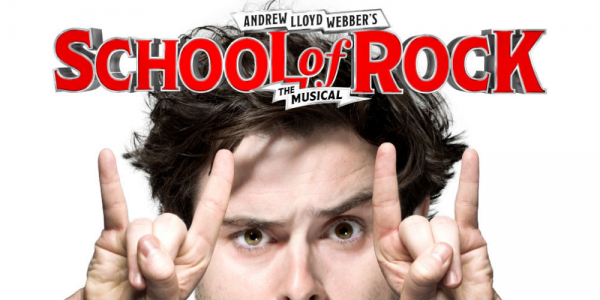 After a hugely successful season, it’s time for the musical that The Daily Telegraph hailed “The feel-good family show of the season” to leave Sydney. SCHOOL OF ROCK will play its final performance on SUNDAY 1 MARCH at Sydney’s Capitol Theatre before transferring to Adelaide.

Rave reviews quickly made SCHOOL OF ROCK the hottest ticket in town and audiences have been left in absolute awe night after night at what they’ve witnessed. With a cast of insanely talented kids playing live at every performance, this uplifting, hilarious and epic production is the ultimate night out for all ages.

Based on the hit film starring Jack Black as Dewey Finn, a wannabe rock star who attempts to earn a few extra bucks by posing as a substitute teacher at a prestigious prep school. There he turns a class of straight-A students into a guitar-shredding, bass-slapping, mind-blowing rock band. Featuring 14 new songs from Andrew Lloyd Webber, this hilarious, high-octane production delivers face-melting guitar riffs and touching romance in equally awesome doses.

“The resounding standing ovation at final curtain definitely described how impressed all audience members were. This is a great family show ⏤ well worth the effort!” – DanceLife