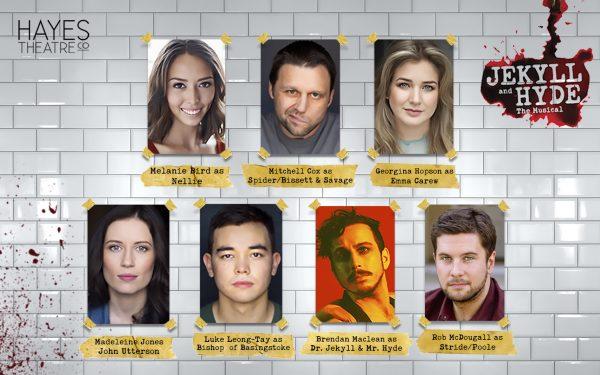 Jekyll and Hyde The Musical

Hayes Theatre Co is thrilled to announce the full cast of the upcoming Australian professional premiere of Jekyll and Hyde at the Hayes Theatre from 29 July.

In this captivating new production, set in 1947 London, the Second World War is over, but the battle for our soul rages on inside St Jude’s Military Asylum. Based on the classic story by Robert Louis Stevenson and featuring a thrilling score of pop rock hits from multi-Grammy and Tony-nominated Frank Wildhorn and double-Oscar and Grammy-winning Leslie Bricusse, Jekyll & Hyde has mesmerised the world over.

Featuring the classic songs “This is the Moment”, “In His Eyes”, “Someone Like You” and “A New Life”, this new production of Jekyll & Hyde is directed by internationally acclaimed performer Hayden Tee. The creative team includes choreographer Siobhan Ginty, music supervisor Nigel Ubrihien and musical director Chris King.

Jekyll & Hyde is the gripping tale of a brilliant mind gone horrifically awry. Tickets are available now at hayestheatre.com.au or by calling the Hayes Theatre Co box office during business hours on (02) 8065 7337. 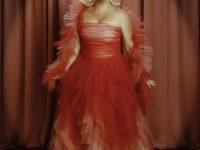