Girl From the North Country Comes to Melbourne 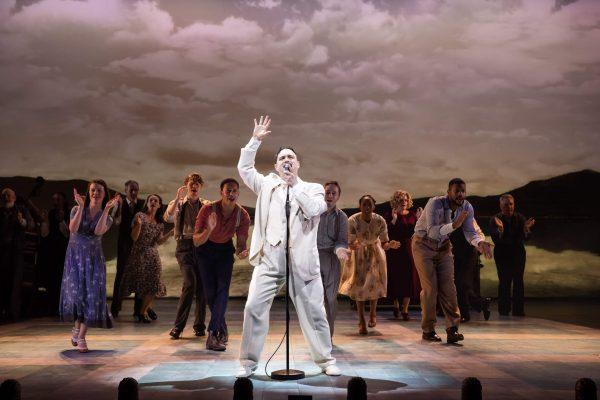 Girl From the North Country – April Season for Melbourne

Playing at the Comedy Theatre from 29 April and now extended until 2 June, this modern masterpiece features the music of Bob Dylan and is written and directed by celebrated Irish playwright Conor McPherson. The Australian production has been attracting rave reviews and standing ovations since opening as part of Sydney Festival last month.

“a touch of magic…McCune is exceptional” – The Guardian

“A ravishing production!  Bob Dylan’s songs have never sounded so heartbreakingly personal and universal. As close as mortals come to heaven on earth.” – New York Times

Set in 1934 Minnesota, it centers on a community living on a knife-edge in the local guesthouse, and features over 20 of Dylan’s songs from across his career – from 1963’s Girl From the North Country to 2012’s Duquesne Whistle plus Hurricane, I Want You, Slow Train Coming, You Ain’t Going Nowhere and Like A Rolling Stone – all beautifully reimagined and woven through the story.

In an interview with the New York Times, Bob Dylan confirmed that he has seen the new musical The Girl from the North Country: “I saw it as an anonymous spectator, not as someone who had anything to do with it,” Dylan told the Times. “I just let it happen. The play had me crying at the end. I can’t even say why. When the curtain came down, I was stunned. I really was.”

Girl From the North Country is one of the most critically acclaimed, multi award-winning productions of the 21st century. It has taken the theatrical world by storm, selling out seasons in the West End, Toronto and Broadway since opening at The Old Vic in London, with Melbourne soon to get the chance to experience its magic.

“Magically speaks to the soul”– The Australian