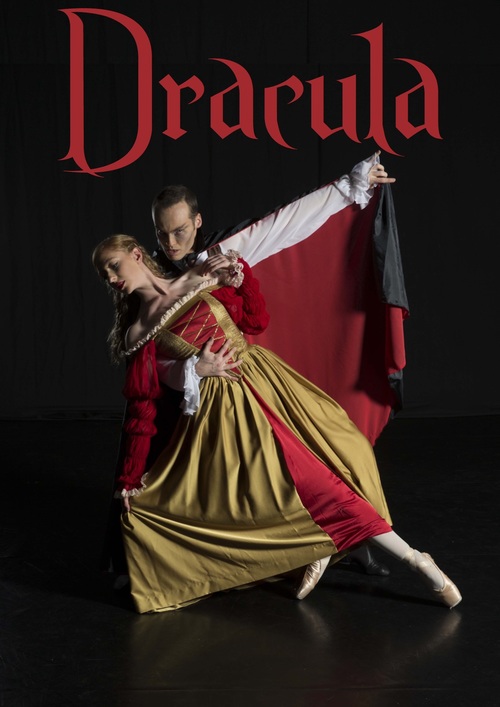 Bram Stoker’s classic horror story will be retold by Melbourne City Ballet as they perform a new production of Dracula.
After touring QLD, NT, NSW and VIC with its production of Romeo and Juliet, Melbourne City Ballet will recreate Stoker’s Dracula with a musical score from 19th century composers, Liszt and Rachmaninov to bring the story to life in a new 3 Act Ballet.
This ballet is expected to appeal to most audiences, especially to those who are intrigued by dark and alluring storylines.
Dracula is the story of a British Lawyer, named Johnathan Harker who travels to Castle Dracula, located in Transylvania. He travels there to meet with a man called Count Dracula, a vampire, who is attempting to move to England so that he may find new blood and spread the undead curse. Harker joins forces with a small group of men and women led by Professor Van Helsing, that vow to track down Dracula in a battle with the supernatural.
Retelling Bram Stoker’s classic gothic horror story, choreographer and Principal Artist Brendan Bradshaw’s Dracula combines romance and passion with horror and agony.
“This is a really exciting time for the company and rehearsals are well underway. We are all looking forward to bringing Dracula to life,” said Brendan Bradshaw, choreographer.
Known for their unique choreography and high quality artists, Melbourne City Ballet will endeavour to capture the story’s essence through classical ballet repertoire. Showcasing new exquisite choreography with luxurious costumes, dramatic sets and a beautiful musical score, the company will demonstrate its ability to reshape historical storylines, creating a new interpretation.
Dracula is a well-known tale throughout the world, but audiences are rarely given the opportunity to see and experience the story performed on a live stage or a new full ballet.