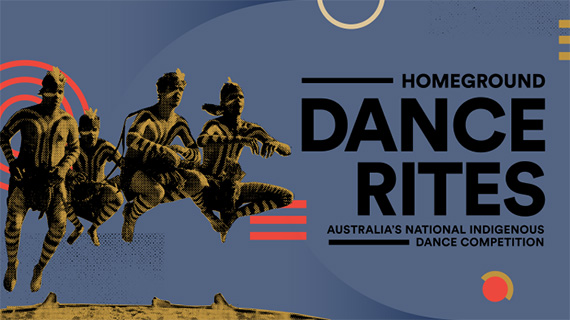 Following its stunning 2015 debut, Dance Rites, the Sydney Opera House’s groundbreaking Indigenous dance competition, returns this year with even more communities across Australia preparing to compete on Sunday 9 October.
A highlight of the Opera House’s annual Homeground celebration of First Nations arts and culture, Dance Rites aims to safeguard and revitalise vanishing cultural practices – language, dance, skin markings and instruments – to ensure they are shared from one generation to the next.
Registrations are now open at sydneyoperahouse.com/dancerites for all Aboriginal and Torres Strait Islander communities across Australia who have, or would like to develop, a dance group.


More than 150 participants from 10 communities across New South Wales, Queensland and the Torres Strait Islands Indigenous communities participated in the inaugural Dance Rites competition last year, culminating in a breathtaking final watched by a capacity crowd on the Opera House’s Western Broadwalk.
The standard of performance was incredibly high, with Cape York’s Naygayiw Gigi dancers winning first prize, Nowra’s Yuin Ghudjargah second, and the Djaadjawan dancers from Sydney’s La Perouse taking out a special award. Audiences embraced the troupes at Dance Rites, with millions following stories about their journey to the Opera House competition on television, radio, print and online, across social media.


Leonora Adidi from Bamaga, far north Queensland, of the winning Naygayiw Gigi Dance Troupe, says: “Dance Rites gives the young and the old in our community the opportunity to promote their culture, but it also inspires them because it shows them how important their culture is.”
For this year’s much anticipated event, Sydney Opera House Head of Indigenous Programming Rhoda Roberts will travel to remote, rural and regional areas to work with individuals, community groups, Aboriginal Land Councils and local councils to engage participants and local communities.
Roberts says: “We are losing this cultural knowledge on a daily basis so it’s vital that traditional dance takes a prominent place in modern Australian culture. The Sydney Opera House has been a meeting place for many years and the first Corroboree was held between black and white on this site.
“A national platform and competition, Dance Rites enables audiences to engage with language, dance, skin markings and traditions of diverse First Nations cultures. But it’s not just an experience for audiences – by participating in Dance Rites individuals can reconnect and reclaim their personal histories through dance as well as share these experiences in their communities.”

Each contestant group presents three dances – a welcome and farewell dance, one of which must include a chant in local language, and a third ‘wildcard’ dance of the group’s choosing. The winners receive $20,000 and the opportunity to perform at Homeground at Sydney Opera House in 2017. One runner-up will receive $5,000 in prize money and in 2016 a new prize of $3,000 will be awarded to the best ‘wildcard’ dance of the finals.
Dance Rites takes place on the site previously known as Tubowgule, which has been a meeting place for the local Gadigal people for thousands of years. The competition was inspired by the highly successful Pow Wow Circuit in North America and Kapa Haka Festival in New Zealand.