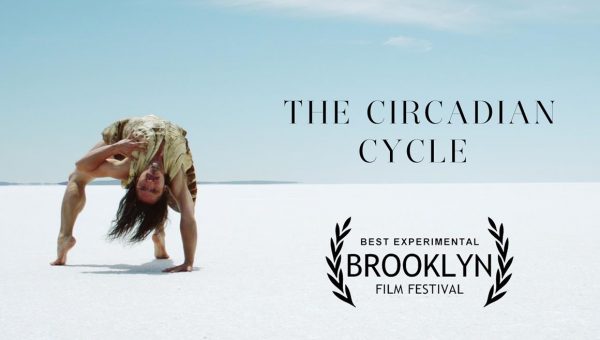 Adelaide-based Australian Dance Theatre is thrilled to announce that The Circadian Cycle (2019) has been awarded Best Experimental Short at the Brooklyn Film Festival (BFF) in New York. The film was conceived and directed by ADT’s artistic director Garry Stewart, with stunning cinematography by Cordelia Beresford and a beautiful and evocative musical score by long-term ADT collaborator Brendan Woithe.

“We are so proud to receive this accolade and it’s such an honour to be recognised in this way. Film and media has always played a major role in our artistic programme. Filming dance on location in the Australian outdoors is definitely not for the faint hearted! Our dancers were so stalwart and did such stunning work along with the entire team. Thank you Brooklyn Film Festival for this recognition,” said Garry Stewart.

Of the film, the BFF jury highlighted the work “for its combination of striking cinematography, intriguing choreography, resonant score and conceptual depth. As the film shifts from vast wild landscapes to intimate explorations of the human form, it unites dance and the natural world in an eloquent expression of life’s rhythms.”

The film charts the cycle of a day in nature – sunrise, midday, late afternoon into night. Using the dancing body as a metaphor for the morphologies and behaviours of creatures in nature, the film moves through a cycle of nascence, awakening and the brutality of predation.

Australian Dance Theatre and the Producers of The Circadian Cycle acknowledge that filming took place on the Traditional Lands of Aboriginal and Torres Strait Islander Peoples. We respect and recognise their Elders past, present and future and the ongoing custodianship of the land and water by all members of these communities.

The Circadian Cycle has been produced by Australian Dance Theatre and was made possible by the generous support of Adelaide Airport, Adelaide Festival Centre and the South Australian Film Commission.