Cast announced for The Phantom of the Opera 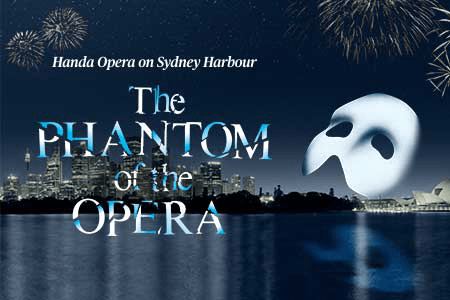 Phantom of the Opera

Opera Australia has announced the cast who will bring Andrew Lloyd Webber’s The Phantom of the Opera to Sydney Harbour in a new show-stopping, outdoor extravaganza.

One of the longest-running and most successful musicals of all time, the trio playing the iconic leads will be Melbourne-born Joshua Robson as The Phantom, Brisbane performer Georgina Hopson as Christine and acclaimed West End and Broadway musical theatre performer Callum Francis as Raoul Vicomte de Chagny.

As the first major outdoor production of Andrew Lloyd Webber’s hugely successful The Phantom of the Opera in the show’s 35-year history, all eyes will be on this cast as they take to Sydney’s iconic over-water stage in March. 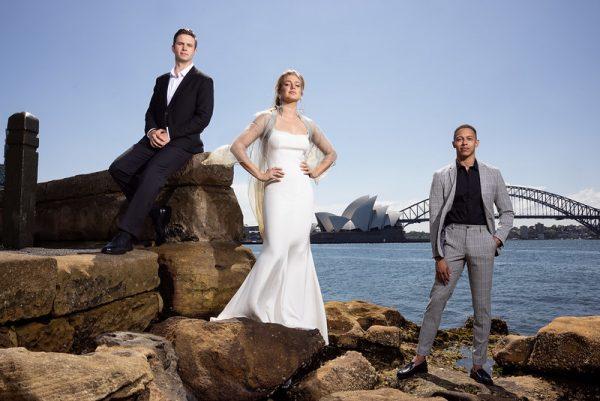 OA’s Artistic Director Lyndon Terracini AM is thrilled to be announcing such a talented cast.

“These young artists are at the top of their game and in-demand, so it’s really terrific that we’ve been able to secure them for this year’s season of Handa Opera on Sydney Harbour.

“Joshua Robson is a great talent, he’s going to really blow away the audiences, and Georgina will be just spellbinding as Christine and with Callum in the role of Raoul, it really is dream casting, we couldn’t
be happier.

“They are all phenomenally talented, the chemistry between Joshua and Georgina was just amazing and I think Callum was born to sing Raoul, seriously this is going to be the hottest ticket in town this year,” said Terracini.

In addition to these three leads, talented Australian performer Maree Johnson, currently playing the role of Madame Giry on Broadway, will return home to reprise the role and Naomi Johns will be taking
on the role of Carlotta. They will be joined by classical cross-over artists Paul Tabone playing Piangi, seasoned musical theatre performer Michael Cormick playing Firmin, with Martin Crewes as Andre and Kelsi Boyden as Meg Giry.

OA’s own Daniel Macey will play Buquet, while Lachlan O’Brien plays Reyer, Raphael Wong is Passarino, Matt Heyward as the Hairdresser, Tod Strike as the Jeweller and Elliot Baker as Don Attilo.

The Handa Opera on Sydney Harbour season of The Phantom of the Opera, directed by Simon Phillips with set and costume design by Gabriela Tylesova, will open on Friday 25 March.

Minister for Tourism Stuart Ayres said having the production cast finalised was exciting for Sydney.

“I am delighted the cast has been announced for The Phantom of the Opera and this fantastic production is a step closer to lighting up the harbour on Sydney’s iconic over-water stage. The return of Handa Opera on Sydney Harbour is an unmissable event on the NSW annual events calendar and will showcase Sydney’s unique convergence of culture and nature. The NSW Government is committed to investing in world-class productions like The Phantom of the Opera to deliver on our goal of making NSW the premier visitor economy of the Asia Pacific.”

Handa Opera on Sydney Harbour is supported by the NSW Government via its tourism and major events agency Destination NSW and Dr Haruhisa Handa through the International Foundation for Arts and Culture.

Joshua Robson graduated from the Victorian College of the Arts with a Bachelor of Music Theatre in 2011 and has since forged a highly successful and versatile career on stage, winning the prestigious Rob Guest Endowment Award in 2014. Joshua most recently understudied the title role in the Australian tour of Shrek the Musical (GFO). He has also toured nationally in productions such as Muriel’s Wedding the Musical (Global Creatures), My Fair Lady (Opera Australia/GFO) directed by Dame Julie Andrews and Les Misérables (Cameron Mackintosh) as well as the world premieres of Dream Lover: The Bobby Darin Musical (GFO) and King Kong: Live on Stage (Global Creatures). His other credits include roles such as Schroeder in You’re a Good Man, Charlie Brown (Alex Theatre) and Macheath in The Threepenny Opera (Spring Music Festival).

Joshua is the proud director/founder of Joshua Robson Productions, staging and touring original productions of Guilty Pleasures, Violet, Songs for a New World and the multi-award winning In the Heights. JRP will present the Australian premiere of Bonnie & Clyde as part of Hayes Theatre’s 2022 season.

Georgina Hopson is best known for her performance as Mother in Ragtime (TPC), for which she won a 2020 Green Room Award for Best Performer in a Lead Role. In 2021, Georgina played Gussie in Merrily We Roll Along (Hayes/Luckiest Productions), and was nominated for a Sydney Theatre Award for Best Performance in a Supporting Role. Other awards: 2017 Rob Guest Endowment Award, 2015 Matilda Award for Best Emerging Artist. Her theatre credits include Jagged Little Pill (GWB), Billie Bendix – Nice Work If You Can Get It (Neglected Musicals), Claudia – Nine (Squabbalogic), Evita (OA/John Frost), My Fair Lady (OA/John Frost), Sunday in the Park with George (Watch This), West Side Story (Handa/OA), Oklahoma! (TPC), Cinderella – Into the Woods (Harvest Rain), Mabel – The Pirates of Penzance (Harvest Rain), Mary – Mary Poppins (HOTA), Sue Snell – Carrie (Wax Lyrical). TV credits: Wendy Hogan in Hoges: The Paul Hogan Story (Fremantle Media), Doctor Doctor (Easy Tiger), BUMP (Roadshow Rough Diamond). Georgina is graduate of the Queensland Conservatorium of Music and a proud MEAA member.

Callum Francis is a UK born actor best known for his portrayal as ‘Lola’ internationally in the hit Broadway musical Kinky Boots. He first played the role in the original London Production at the Adelphi Theatre before coming to Australia where he won the Best Male Actor in a Musical at the 2017 Helpmann Awards. Callum then returned to open the UK Tour and in January 2019 ended his run as Lola, at the Al Hirschfeld theatre on Broadway. Callum was most recently seen in GWB’s production of Girl From the North Country, as well as singing alongside the West Australian Symphony Orchestra in Disney in Concert. Callum was also seen in Rent at the Sydney Opera House, as well as Cameron Mackintosh’s London revival of Miss Saigon and other West End productions such as Disney’s The Lion King, and Ghost. Internationally Callum has toured with Hair The Musical.

Handa Opera on Sydney Harbour – The Phantom of the Opera

Next Post The Sleeping Beauty Reawakens for Audiences a...