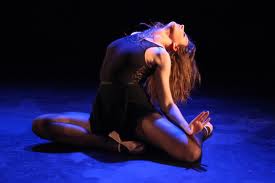 In this edition of Anatomy for Dancers, we are going to break down the basic components of our physical structure and the most fundamental ways that we are able to move. Using the idea of “Anato-speak” (the kind of funky, funny way that things are named in anatomy studies) we will begin with the divisions of the body.
Even though its a little gross and gothic, I am going to use a torture analogy. If you remember the movie “The Princess Bride”, there was a scene when Wesley, the hero was strapped into this weird torture table device. When the villain started the machine, it started to pull his arms and legs away from his center…literally tearing him “limb from limb.” I always thought that this approach was a tad bit EXTREME, but maybe six-fingered men always have different methods. Anyway, this is a round-about way to explain how I remember one of the main divisions of the body. The shoulders, arms (shoulder to elbow), forearms (elbow to wrist) and hands form the UPPER EXTREMITIES. The hip bones (sides of the pelvis), thighs (hip to knee), legs (knee to ankle) and feet are known collectively as the LOWER EXTREMITIES…in the same way that John, Paul, Ringo and George collectively make up the BEATLES.
Also, its interesting to note, that in anatomy, only the portion from the knee to the ankle is known as “the leg.” Above the knee to the hip is known as “the thigh.” Its funny how dancers are sometimes more descriptive when ordering fried chicken, than they are when they describe their own bodies. For example, if you say, “my leg hurts” but are referring to one of your hamstrings…well then you just had an anato-speak EPIC FAIL…LOL. The same logic goes for the “arms” and the “forearms.” Now, at the end of a textbook, you will find an “appendix.” This is information that is added to main part of the book, right? So in the same way, in anatomy, the upper and lower extremities are known as the APPENDICULAR BODY…the stuff that is “added on.”
Alrighty then…added on to what? Sometimes we make jokes about Rockette girls being “nothing but legs” but all joking aside, what about all the other good stuff like your head, neck, spine, heart, etc. Well, imagine those cheesy science diagrams of the earth spinning on its AXIS…. got it? Now realize, that in a very similar way, your spine provide your body with a mid-line and center. And now, ladies and gentlemen, I introduce to you head, neck and trunk, also known as… THE AXIAL BODY!!! (Madison Square Garden goes bananas with excitement)
SNAPPLE FACT #37…your pelvis, is actually a “transitional body part” that is a member of both “bands.” An adult pelvis is actually three big bones put together. On the sides, you have the hip bones, and just below the lower back, you have a triangular bone called the sacrum, and at the very very bottom of the spinal column you have a little jingle bell bone called the coccyx (AKA your tailbone). Therefore, your hipbones are part of the LOWER EXTREMITIES, and the sacrum and coccyx are like extensions of the spine, so they are part of the AXIAL BODY
As I mentioned before, if we are going to talk about anatomy as it relates to dance, its important to discuss the basic categories of movement.
Obviously, the body is capable of infinite movements and combinations of movement…but all movements can be grouped into four major categories or “planes.” First, imagine you are standing in a very, very narrow hallway, which is so slender that the walls touch your shoulders on either side. Since the space is tight from side to side, the only movement you would be able to do would be to the front or the back. In anatomy, we say that these movements are in the SAGITTAL plane. Now what if you were facing a wall so that your nose and toes were touching the surface, and then we put another wall behind you against your back and heels. You would look like a dancer sandwich, between two slices of wooden bread. Any movement that you could do from side to side, up and down, would be in the FRONTAL plane. Next, imagine that you cut a hole in a table, crawled underneath and then popped up through the hole. Your legs would be under the table and your torso would be above. Any twisting movement within this hole would be in the TRANSVERSE plane. Many times, dancers will combine a TRANSVERSE (twisting) movement, with another plane to create what is known as an OBLIQUE plane. When dancers are doing twisting abdominal crunches, this is within the oblique plane. These planes are important for many reasons, but particularly when we begin to talk about muscle function, flexion and extension.
More to come on this later!!